Save Plenty in 20! Enter Discount Code BXMJAM at Checkout for your Best Price on All Orders in 2020!
Contact for Special Quantity Print Purchase Prices.

Previous Next View All 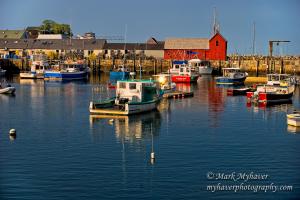 
Photography [fuh-tog-ruh-fee] noun ~ The process or art of producing images of objects on sensitized surfaces by the chemical action of light or of other forms of radiant energy, as x-rays, gamma rays, or cosmic rays.
As defined by most dictionaries. Today I am writing about producing with light specifically.

With all of the automation available to us with the great cameras and lenses today it becomes easy to forget the basics and for some of us not to even have learned them. Whether you shoot in automatic modes or not it is important information to know and keep in mind. To paraphrase the great Cosmic Muffin, "It is a wise person who rules the camera. It is a fool who is ruled by it. :-)

Let's go back to a few basics about camera settings. Even if you have learned these things it is always good to review the basics now and then. All we are doing with cameras is capturing light through the lens and recording it on a sensor. (I began with it way back when it was film we were recording it on.) So it is all about looking for the light. Just like life ;-)

The shutter speed is the length of time the light is allowed to get through the lens to the sensor. So the longer the shutter is open the more light will be recorded and the shorter the shutter speed the less light will be recorded. Cameras today have shutter speed settings that go from 1/8,000 of a second to 30 seconds or possibly greater depending on the camera. 1/8000 of a second is pretty darn fast so allows the least amount of light to go through while 30 seconds is quite a long time for light to travel through the lens and to the sensor. You also may have a bulb setting which allows you to keep the shutter open for an indefinite amount of time till you close it again. We are not going to concern ourselves with that at this point as even 1/4000 to 30 seconds is plenty of range for you to work with in the photography many of the folks reading this create.

The ISO which originates from film speeds which were rated first by the ASA or American Standards Association which then evolved into the International Standards Organization. Basically films were rated with a number based on the ability each had for recording light. The higher the ISO number the more sensitive the film was to light which meant the higher the number the less light was needed to record an image on it. So you can think of ISO as the equalizer if you like. I will come back to that.

Along with controlling how much light is being recorded each of these setting have other characteristics that come into play. The aperture, f/stop or size of the lens opening also controls how light rays are focused on the sensor. A simplified explanation is that as the light is traveling through a small opening it is spread narrower (more concentrated). The result is the light provides a greater Depth of Field (DOF) on the sensor. This means more of what you are photographing will be in focus near and far from the main subject that you have focused on. A larger opening, (aperture or f/stop) will have just the opposite effect as the light coming through the lens will spread wider on the sensor (less concentrated). So a larger f/stop will record less DOF meaning less will be in focus near and far from the main subject you are focused on. So the f/stop also allows us to control how much of our image is in sharp focus. Very important if you are shooting a macro shot or portrait that you want the subject to pop out of the background and leave the background soft, or a landscape where you may want as much of the image in as sharp focus as possible. Though you may think that if you shoot a landscape with the smallest f/stop you will record the sharpest image possible throughout the field of view. However due to the nature of glass other factors come into play that can actually degrade the light (image) being recorded. In the interest of keeping it basic, I am not going to go into details at this time.

Just know that one thing you must also consider is that every lens even the best lenses available today has a sweet spot. Usually it is in the midrange of f/stops in which the lens will record images that are the sharpest overall throughout your field of view. Again, several other things come into play here and entire articles can and have been written on just those facts but I am intending to stay as basic as possible here. Trust me I have tried to push the limits of some pretty darn good quality lenses in determining each ones sweet spot. It is worth the exercise with your own equipment or you can take the easy way out and read lens reviews. I firmly believe in doing both. Read the reviews and also do your own testing if possible before buying. Whether possible to test a lens before buying or not it is still a good thing to do after the fact. Even with the highest and strict standards used in the production of lenses today, each lens can be different when accompanying different camera bodies.

Shutter speeds, in addition to controlling the amount of light reaching the sensor also by their nature control our ability to freeze motion or allow it to blur. Both are useful depending on our intentions when recording an image. Ironically both have their own unique way of presenting the feeling of motion in an image. This being a piece on basics, I will not get into the various techniques one can employ to present the feeling of motion in an image. The important thing to know is that shutter speed affects the amount of time light will be recorded on the sensor and the ability to control motion. If you are shooting handheld this may include your motion of the camera as well as the motion of your subject. Many lenses today have vibration reduction or image stabilization abilities built into them which greater enhance our ability to shoot handheld at slower shutter speeds. It is a fantastic feature that I highly recommend considering on any future lens purchases. That being said, I am a firm believer in shooting with a tripod whenever possible if you are doing macro or landscape work. Doing so allows you to shoot at slower shutter speeds and provide a better choice of f/stops. It also slows you down to fine tune your composition, and feel what is being presented to your view as well as seeing it. That being said I am speaking about a certain type of shooting. Hand held shooting certainly lends itself better to say capturing a party or street photography for instance. One thing to remember when shooting with a tripod is to turn off the vibration reduction as it can actually have the reverse affect when the camera is locked down.

So now that we know these two ways of controlling the amount of light recording on the camera sensor and the other benefits of each, it becomes a balancing act of using the right f/stop combined with the right shutter speed to record the type of image we have presented to us or conceived in our mind. Ah, but what about the ISO setting? I call ISO the great equalizer. Back in the days of film which I mentioned is where ISO originated, if we could not get to the f/stop and shutter speed combination we wanted our next option was to select a film with a different ISO rating. Remember the higher the ISO the less amount of light is required to record the image.

One of the great things about digital capture that I love is that we can adjust that ISO on the fly for each image as we are shooting. I am sure my great wedding assistant Amy, would have loved it if back in the day instead of changing film backs on a moments notice and always having backs loaded with different ISO films I could have just instantly change a camera setting and lesson her load. Thank you so much Amy for always having my back and keeping the equipment organized and ready for whatever direction my mind went. Amy, was the best and got to know me and what I would need when I needed it better than I did I think. I will never forget the day I was shooting the wedding reception action on the dance floor and the panic I felt when all of a sudden I was cranking the film wind knob around and realizing I was out of film or all of a sudden needed to change lenses. (Can you imagine only having 12-24 frames on a roll of film? Not to mention that each time you clicked the shutter a dollar sign clicked in your head.) Amy would be right behind me with a tap on the shoulder and just what I needed in her hand. I will get back on topic but I needed to take a moment and give recognition and appreciation where due. I had some great assistants back in my studio days but I repeat, Amy you were the best!

As each of the other settings for controlling light have their caveats, so too does the ISO. In the days of film, that caveat meant increased grain with the increased ISO speed. Today it is translates to increased digital noise when you increase the ISO. Built into the digital cameras of today we have features that allow us to somewhat tame that noise. We have that control even greater with processing software. However it remains that the best results will be gained by controlling the most variables we can at the point of capture. So other than for possible artistic reasons we generally want to reduce the noise we record on the sensor at the time of capture. The best way to do that is by using the lowest possible ISO during capture. That having been said, today more than ever the ISO setting can be very beneficial to help us get the correct f/stop and shutter speed we require to capture the image we perceive from what is presented to us. That is why I call it the great equalizer. Sometimes a slight tweak in the ISO setting may just enable us to get the balance of shutter speed and f/stop that we require.

Please note, these basics are in reference to using available natural light. They do not begin to address augmenting our exposures with artificial light. That will have to be a topic for another piece. If anyone is interested in that let me know and at some point I will see what light shines upon me in that regard and focus on it.

This article was inspired by a few people that have either reached out to me or I have felt the universal tug to reach out to them to help them improve their photography. Thank you for that inspiration. You know who you are.

Many thanks to my ever present writer and friend for helping me edit this piece and keeping me somewhat focused. Eno Dedraeb, a man of reflection, forever seeking wisdom.